You are here: Home / Uncategorized / Top 5 Creepiest Videos of Songs I Love 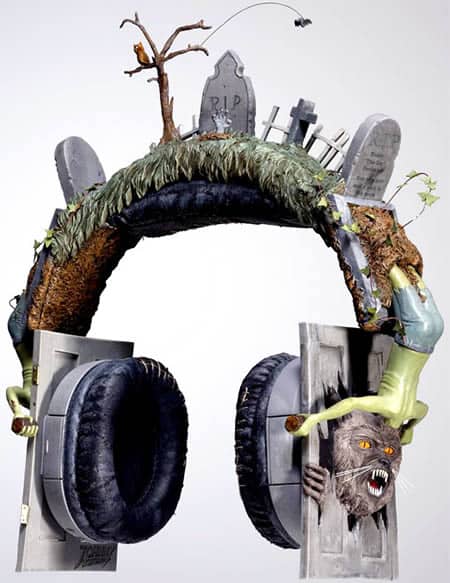 It’s been forever since I’ve had a non-promotional blog post, so I figured it’s about time for my happy ass to write something at least mildly interesting. I get that creepy is usually associated with Halloween, and you may be thinking this post is a bit tardy, but when you love horror, creepy is a year-round cause to celebrate. 🙂 As such, I’d like to share with you some deliciously creepy videos of songs I love.

All of these videos were like bonus treats for me. See for the most part, I listen to music the old-fashioned way – on the radio (though I do have satellite). Truth is, I haven’t watched MTV since the 80s, when it was pure and full of gloriously large hair and men in spandex wearing eyeliner. I hear it’s chock full of reality TV programs now, and rather than risk that absurdity and mindlessness, I’ll take the internet’s word on it. But there are times when I’m coding or writing on my laptop that I like to listen to music. So I stumbled on these nuggets of creepy happiness building a play list on Youtube. I’m providing the links with the obvious understanding that I don’t own any of them, I’m just sharing these because you need to watch them before you die. Yes, they ARE that creepy and wonderful. 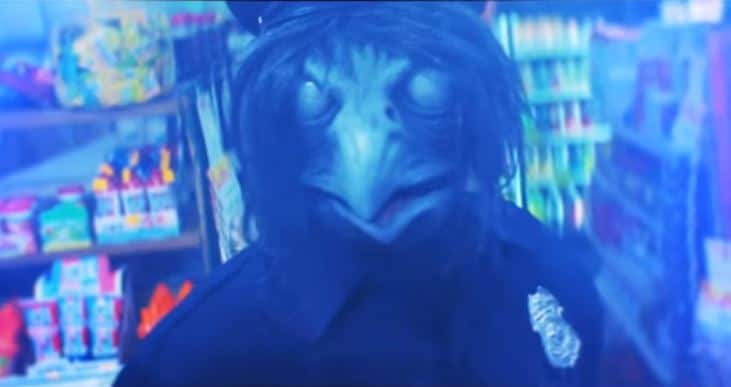 #5 – Sweet Disaster by Dreamers
I love the Clerks kinda feel to this video, starting in black and white and then switching over to color after the psychedelic slushie fumes escape. Light-saber beef jerky fight? Right on. The creepy factor is when they see the policeman as a giant crow. It’s my four year-old’s favorite part of the video. This song is just so much fun in the music and lyrics, it’s cool that the video reflects that playfulness. 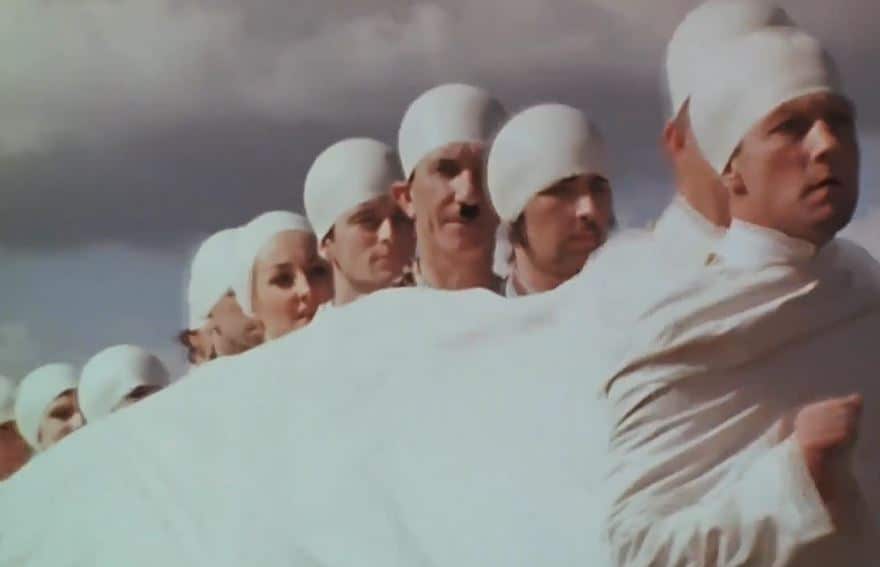 This video was made before videos were even a thing, which in my book makes it inherently cooler. Plus the whole “Paul is dead” thing is also just creepy out of the gate – all the little clues in the songs and album covers. Easter eggs before there were easter eggs, but with a conspiracy to sell more records. You can’t help but appreciate that kind of ingenuity. What creeped me out the most? It’s a toss up between the creepy masks they wear (reminds me of a scene in the original The Shining movie, towards the end when Wendy sees phantom masquerade guests) and the Eggmen, just skipping/shuffling/dancing along in that giant white costume. 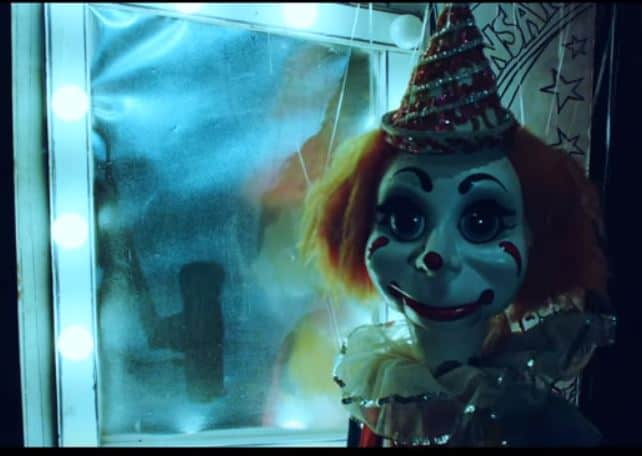 #3 – Works every Time by Mini Mansions
I’m not sure if this video is intentionally creepy or not, but I’ve seen enough Puppet Master movies to know Marionettes = CREEPY. And the scene with the clown doll looking at itself in the broken mirror? Gave me the chills. With this song it was instalove for me, there’s something about the melody and weird obsession in the lyrics that just feels right, every time I listen to it. They could’ve used stick figure drawings and I would still have it in my playlist. What a happy surprise to see something that easily could’ve come out of an 80’s horror movie! 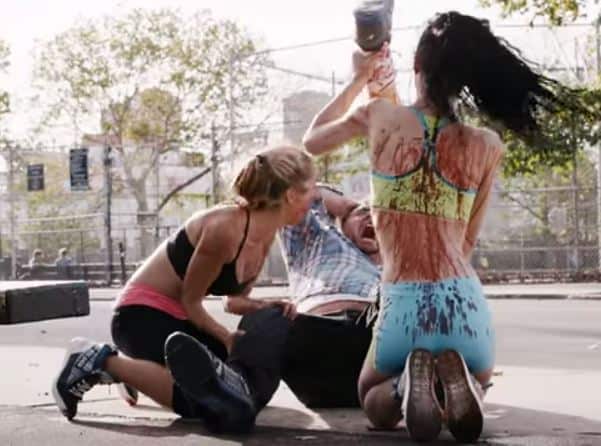 Dangerous is one of my favorite songs of all time, I love the creepy stalker story and vocals on this song. Plus the band’s name, Big Data…while I don’t work with big data per se, it’s as close I’m going to get to databasing and music together. This video is so funny, it still makes me cry with laughter when I watch it. The hipsters pitching, the executive’s doodle, the homeless woman’s expression, the hot dog slap… there are too many things to list. Damn, I could so use a pair of those shoes, to take control and headbutt my way through life. And of course the creepy factor is the graphic gore of the headbutts, and the scene at the end with the two runners… it’s all just amazing and wonderful.

#1 – Sour Girl by Stone Temple Pilots
The creepiest video of my favorite songs has to be, without a doubt, Sour Girl. I’m not a huge Stone Temple Pilots fan; for me, most of their music falls under the category of “eh, it’s okay.” But the haunting melody of Sour Girl, coupled with the stalker lyrics (hmmm…I’m sensing a pattern here) is both beautiful and Beatles-esque to me. Imagine my surprise at watching that video the first time. It’s like if the Teletubbies and Frank the bunny from Donnie Darko were to have a litter of children, that’s what they would look like. My eight-year-old refuses to watch the video – she’s afraid she’s going to have nightmares. And who can blame her? Their eyes are so evil, their stuck out tongues make them appear either psychotic or dead… The band members seem to be on the verge of making out with them or praying to them, and I can’t decide which is creepier. What secrets are you sharing with that evil Teletubbie? *shudders* I may not fully understand what the hell is going on in the video, but I know this is the stuff of nightmares.

Although Radioactive didn’t make the top 5 list, I feel like it deserves an honorable mention. The song got too much airtime and I eventually tired of it, but that video… Pit fighting stuffed animals enslaved by Lou Diamond Phillips with a cute, pink, super-powered teddy bear that saves the day? I mean, how can it get any better?

How about you, do you have a favorite creepy video? I’d love to hear about it – post a comment below with a link and I’ll check it out.