You are here: Home / Archives for eighties horror

Never before have I been so moved by a horror movie that I felt the need to blog about it. It’s so bad, I can’t keep it to myself. I must share this slice of shit pie with you.

I know what you’re thinking… It’s a sequel, don’t all sequels suck? Not all but most. I can think of two movie franchises with second movies better than the first – Star Trek II and Star Wars II (Empire, to be clear). However, they’re sci-fi. Now that I’m thinking about it, I’m hard pressed to come up with a horror movie sequel that’s better than the first. If you know one, please comment below and we can discuss it!

This all started when I put on the original Troll movie to watch with my son. I know I’ve mentioned before that I’m trying to responsibly ease my children into horror movie watching, as it’s a family tradition. There is something about B horror that is undeniably wonderful. I’m starting out with both old and new PG-13 rated horror movies that are on the campier/less violent side.

Troll is an awesome example of this. It’s fun, well-written and acted – hell, it’s even got Julia Louis-Dreyfus in it. I loved the Henson-like puppets and the troll posing as a little girl, being such an asshole. It’s just an awesome movie.

I thought I’d seen Troll 2, as I’d seen most of the sequels in the golden age of 80s and 90s horror – to include Halloween, Tremors,  Friday the 13th, Hellraiser, Puppet Master and even the Leprechaun sequels. But it became painfully clear to me that was not the case at the ten minute mark. I believe Imdb when they say the movie’s budget was $6.

Jesus, where do I start with this shitshow? Perhaps the first and most obvious problem I have with this movie is that there are no trolls in it whatsoever. I mean, it’s in the name, what the hell? All we get in this film is a bunch of lousy, badly costumed goblins. Oh, and the queen of the goblins, whose makeup and acting skills are about at a high school musical level.

Which brings me to the acting. Wow. I think the little kid with zero acting experience is probably the best actor. It’s been so long since I’ve seen this sort of bad acting, and I’m not a harsh critic – I mean you can’t be if you watch 80s horror. It feels like someone lost a bet or did the producer a favor and agreed to act.

The plot itself is downright bizarre. Take the corn scene: the goblin queen tries to seduce her victim with an ear of corn. Is that some kind of phallic symbol? Since when is corn sexy? I’m not from the Midwest though. Maybe it is sexy in Nebraska.

And then all the green. So, so much green. No one except the little kid seems at all bothered to eat stuff covered in green ooze, which once you consume, produces a strange green sweat from your scalp and ultimately renders you into either goblin food or a strange human-plant hybrid. Because that makes sense (come to think of it, it doesn’t seem that far-fetched now, it is 2020 after all – perhaps the initial covid vaccines will have a similar effect).

The town the family visits is called Nilbog. Really? My six-year-old didn’t figure it out right away, so I guess there’s that.

Then there’s the music and makeup. The royalty-free music in my zero-budget book video is better quality. I think someone’s teen-aged son or daughter was responsible for that synthesized craptasm. As for the makeup, I’m pretty sure the actors did it themselves, with dollar store brand cosmetics. And the goblin masks? They actually reminded me of the original Star Trek series, if that’s any indication.

Also, I got the feeling it was filmed on a camcorder. And that’s saying a lot considering it was made in 1990.

I’m not the only one who feels this way – there was a documentary about Troll 2 called, “Best Worst Movie.” It claims it went from the worst movie to a cult classic, but I’m not buying it. I’ve watched bad movies that made me laugh; this isn’t one of them. It has more of a stupid, poorly executed vibe than a cult classic vibe. Halloween proved low budget doesn’t necessarily mean low quality.

Troll 2 was by far the worst movie I’ve seen this year, maybe of all time. I sincerely hope MST3K, in one of its incarnations, plans to do this movie. That would be the only way I’d watch it again.

In case you’re curious and have an hour and a half to waste, it’s available on Cinemax in the US, not sure for how long. How this movie still exists is a bit of a mystery to me. Maybe as an example of what not to do? It’s said that you learn more from failure than success. If that’s the case, then perhaps this is required watching for film students, actors, makeup artists, and music coordinators.

I think I need to watch Evil Dead or Evil Dead 2 now, to balance this out. Or perhaps Re-Animator. Hell, even the Rob Zombie Halloween movies were better than this.

Nope, I take that back. However horrible this film is, it didn’t try to make an uninspired, re-imagining of a brilliant original. Rob Zombie’s bastardization of the Halloween movies are an affront to all that is good, regardless of the high production quality and talented cast. 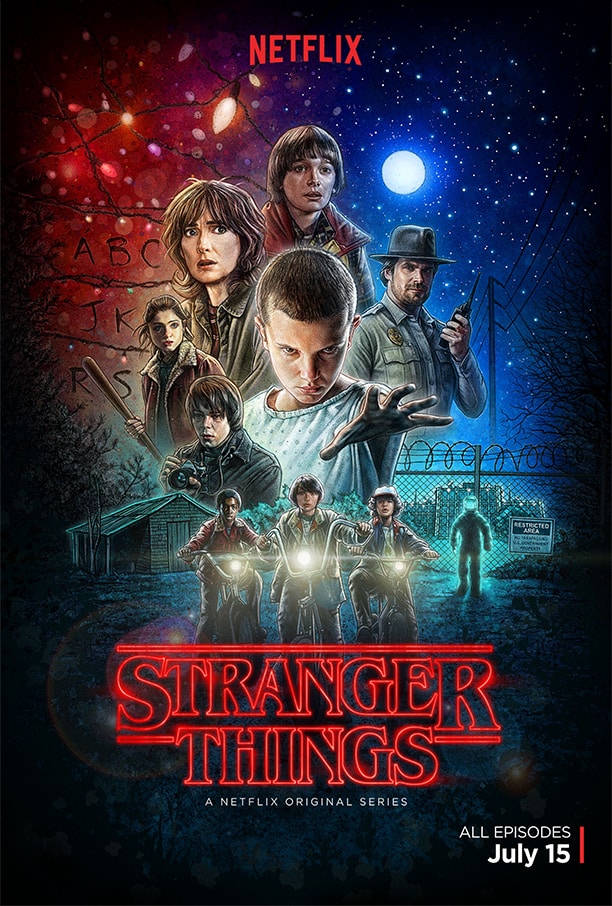 On the off chance you haven’t heard of it, Stranger Things is a Netflix exclusive horror series with a retro eighties feel, created by the Duffer brothers. Even I, who usually can manage to ignore most of the popular goings on of this time, have binge watched this awesome show. If you haven’t seen it, get Netflix and start watching. Well, after you read this highly entertaining article, that is. 🙂

I have to admit, I’ve been a fan of hers since Heathers and Beetlejuice. And I’ve totally forgiven her for Mr. Deeds, in fact, this show more than makes up for it. In Stranger Things, I love the way she plays her character – her self-doubt, fear, and relentless hope for her son is so brilliantly portrayed.

I grew up in the late seventies / early eighties, and the outfits the kids wear are spot on for early eighties. Brings back some awkward memories for sure.

Knowing little to nothing about cinematography, I’m completely clueless as to how they managed to get the feel of eighties filming, but the Duffer brothers pull it off perfectly. Stranger Things really has the look and feel of an old Stephen King movie, so of course I’m giggling in utter geeky horror fangirl joy when I watch it.

I love the simple storyline of season one – a kidnapping is the main plot, and although there are subplots, they don’t overwhelm the storyline. Each episode built tension and progressed the plot in a very satisfying way. I’m keeping my fingers crossed for season two; so many shows try to up the ante in subsequent seasons and end up with too much going on or some crappy conspiracy theory arc.

I fell in love with the boys from the very first scene, in which they’re playing a D&D type RPG. And Eleven, she’s just wonderful. I love the way they interact with each other – their actions and reactions are exactly how kids their age behave.

It’s horror, how can you go wrong? Well I say that and there are some movies that are unspeakably bad (think D horror movie as opposed to B), but Stranger Things is done so expertly, I haven’t found a single soul who hates it. If you grew up in that time or if you appreciate the simplicity and purity of eighties horror, you will fall in love with this show, I promise.

I swear it’s taken from one of Stephen King’s books! It sets the perfect tone for the rest of the show, a well-executed nod to glorious eighties horror. 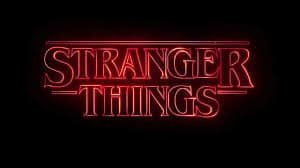 What do you think? If you’ve binge watched Stranger Things, what do you love about it?